General George Washington and the Champion Family of Colchester 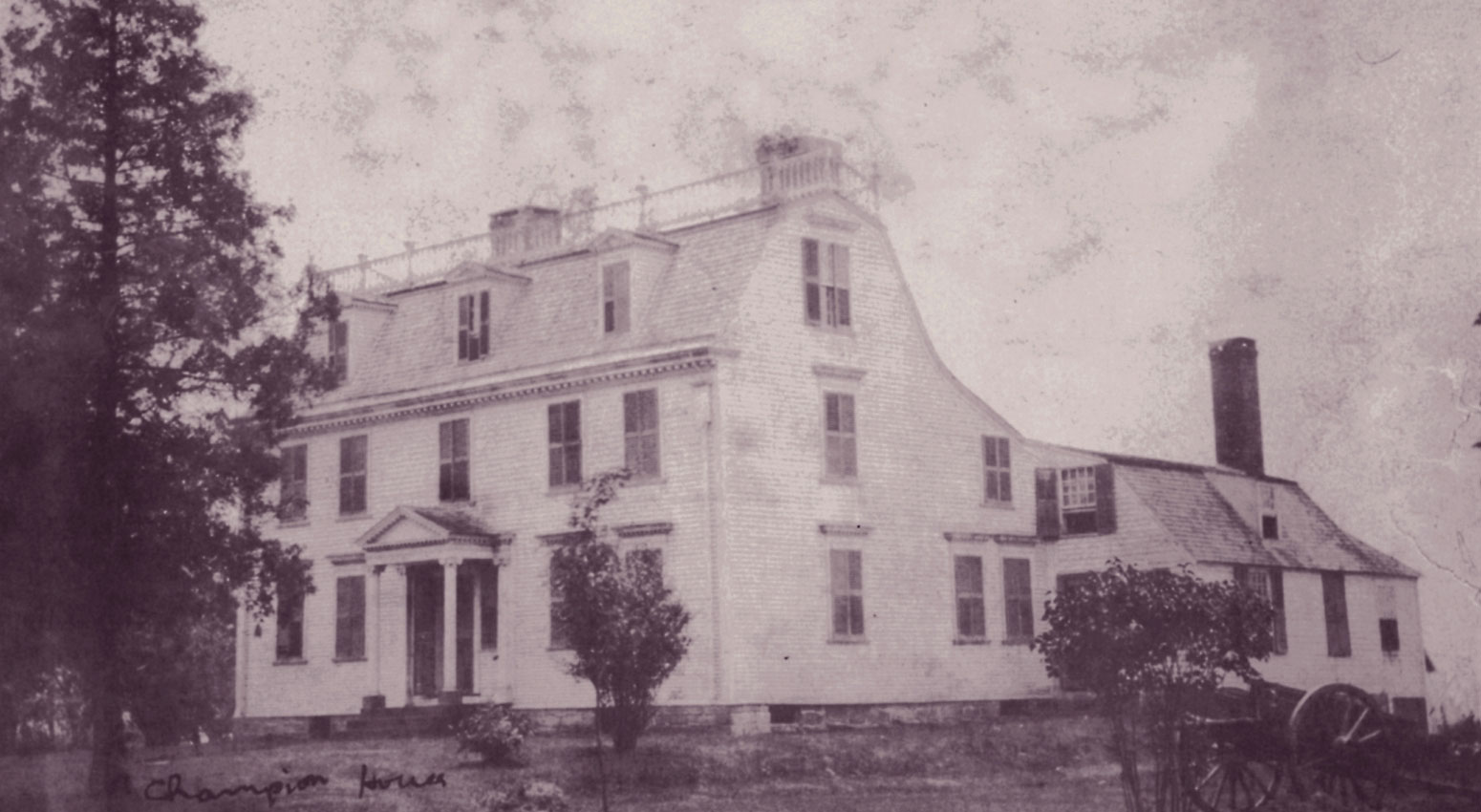 Colonel Henry Champion, born in East Haddam in 1723, was the grandson of Henry Champion, an original settler of Saybrook. In 1775, Colonel Champion was selected to be a Commissary for the war effort; his duties were to procure goods and supply the Continental Army with provisions. Colonel Champion worked closely with the top colonial leaders, including General George Washington and Connecticut Governor Jonathan Trumbull.

During the winter of 1777-1778, Champion was summoned by General George Washington to command a wagon train needed to feed starving troops at Valley Forge. A herd of beef cattle, purchased at great expense, was driven over 300 miles under the personal direction of Colonel Henry Champion and his son, Epaphroditus. The beef was eaten by the starving troops in only five days. 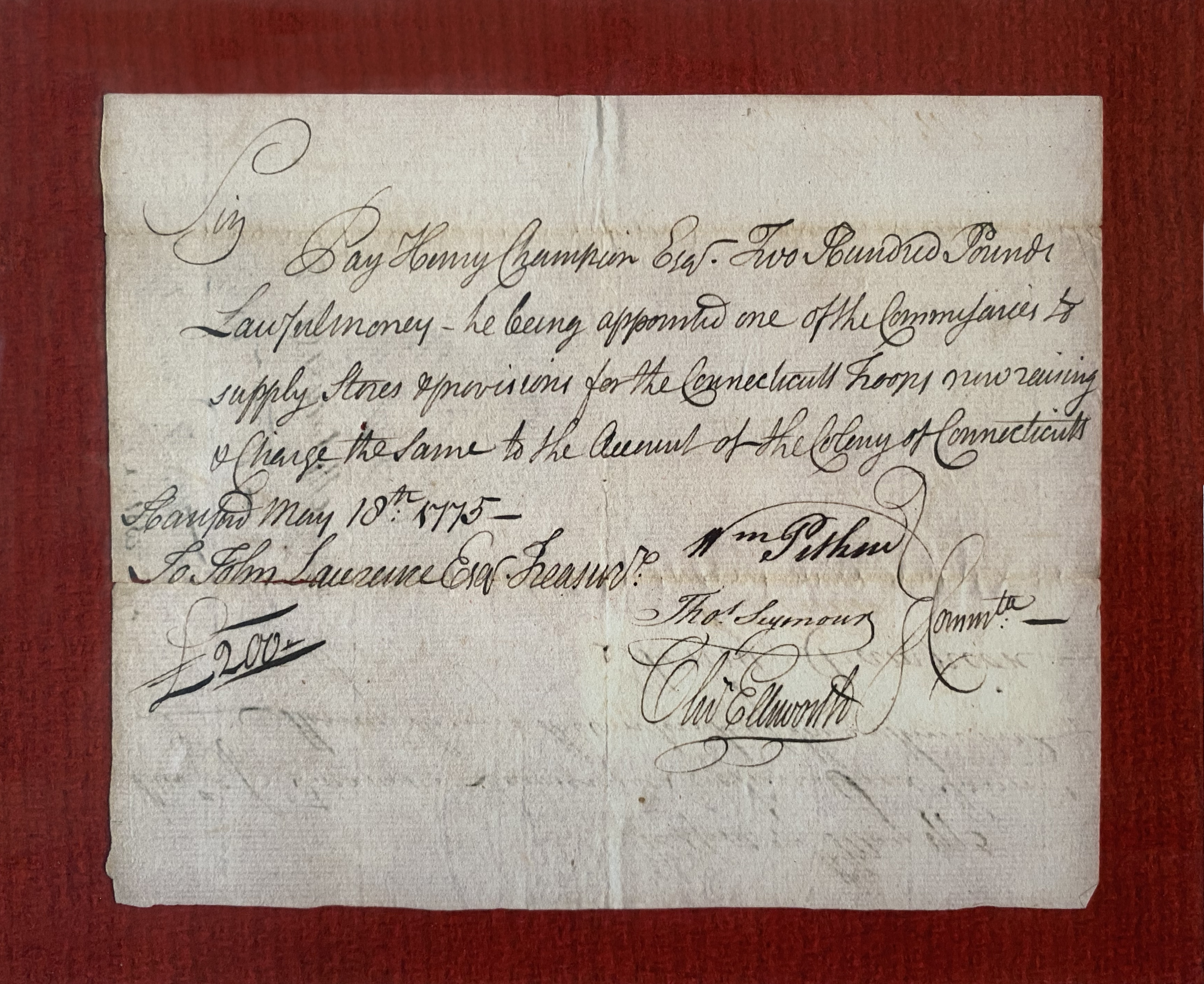