The Town of Colchester, Connecticut was founded in 1698, at a point just north of the present Town Green, at Jeremiah’s Farm on land purchased by Nathaniel Foote from the Sachem of the Mohegan Indians. Early in the 17th century, Nathaniel Foote’s grandfather emigrated from Colchester, England to America joining a group of early English settlers with a vision to lay out a new plantation in a large tract of virgin wilderness.

Colchester’s early history, like many towns in New England, centered around the church parish and in 1703 the General Court of the Colony of Connecticut ruled that the settlement could organize a church body here known as Colchester. Within a few years, several grist mills and saw mills were built to provide grain and lumber. By 1706, the first street was laid out and was named Town Street. This street was nearly 200 feet wide and is now the southern end of Old Hebron Road. By 1714, there were nearly 50 families in town. 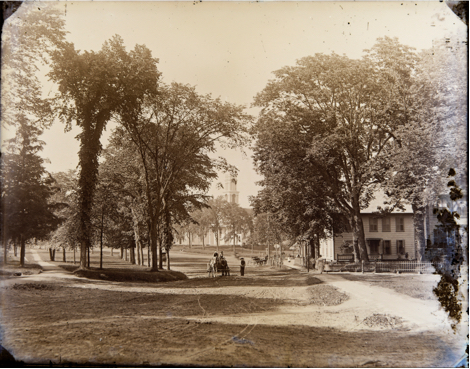 Settlers were mostly self-sufficient. One of the first textile mills in America began operation in 1780 in Westchester. Other early industries were iron works, clothier shops, potash works, and brick kilns. Industrial expansion in America was evident in Colchester by the 19th century. There were three tanneries and a woolen mill in 1819, a hatter in 1828, a wheel and carriage factory in 1858, a paper mill in 1869, a creamery in 1886, and a canning company in 1893.

Libraries are always important to the intellectual life and social cohesion of any community and Colchester is no exception. The first organized library in Colchester was the Colchester Library Association founded in 1854. The association’s first public reading room was on the second floor of the original Fire Station, still located on South Main Street. The association and its library grew over the following years and by 1886 a much larger facility was needed to hold the collection, so that year they moved into the Worthington Block on Merchants’ Row. Unfortunately the fire of 1890 that destroyed all of Merchants’ Row along with the Colchester Library Association’s facility’s and collections. After the Worthington Block was rebuilt the association moved back in and started rebuilding its library from scratch. Another fire on Merchants’ Row in 1898 did not destroy the Worthington Block or the library in it, but in addition to destroying all of Merchants’ Row to the south, it also destroyed the house of Ardelia Cragin on Linwood Avenue.

Mrs. Cragin was the widow of Dr. Edwin T. Cragin and the mother of Dr. Edwin B. Cragin. After the fire destroyed her house she moved to another location and her house site was left empty. In 1903 Dr. Cragin announced that he was donating the site and sufficient funds to the Town of Colchester to build a new dedicated library building and to stock it with materials. The new building, named the Cragin Memorial Library after Dr Cragin’s late father opened in 1905 and has been serving the town ever since. In the 1960s an addition to the building was added enlarging it to the library we know today. 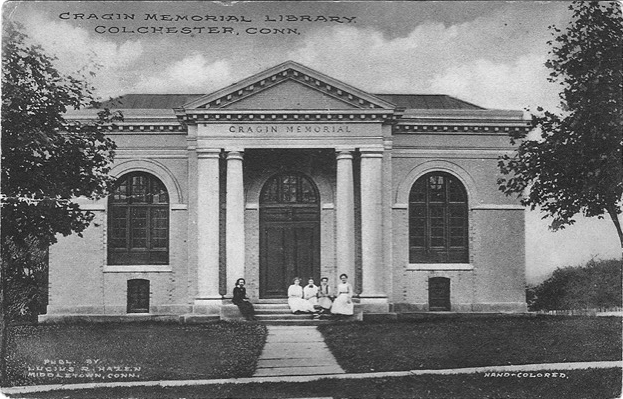 During this industrial heyday, the Hayward Rubber Company was established in 1847. Nathaniel Hayward along with Charles Goodyear had discovered the process of vulcanized rubber. It is said the Hayward was the true inventor and that Goodyear provided the cash to fund his experiments. Hayward founded his new company in Colchester and from here rubber products, boots, and shoes were shipped all over the country. The company thrived until 1893 when it was closed and later burned to the ground.

Industrial expansion prompted a demand for labor, leading to population growth. The town prospered. New homes and sidewalks were built, a park was laid out, and the streets were lighted with gas lanterns.

Transportation during this period included the railroad. In 1875 the link between Willimantic and Middletown on the Boston to New York line was completed. The section ran through North Westchester and over the Lyman Viaduct to the west. In 1876, the town appropriated $25,000 to lay track between Colchester and Amston. Both freight and passengers were carried over this track for nearly 80 years. 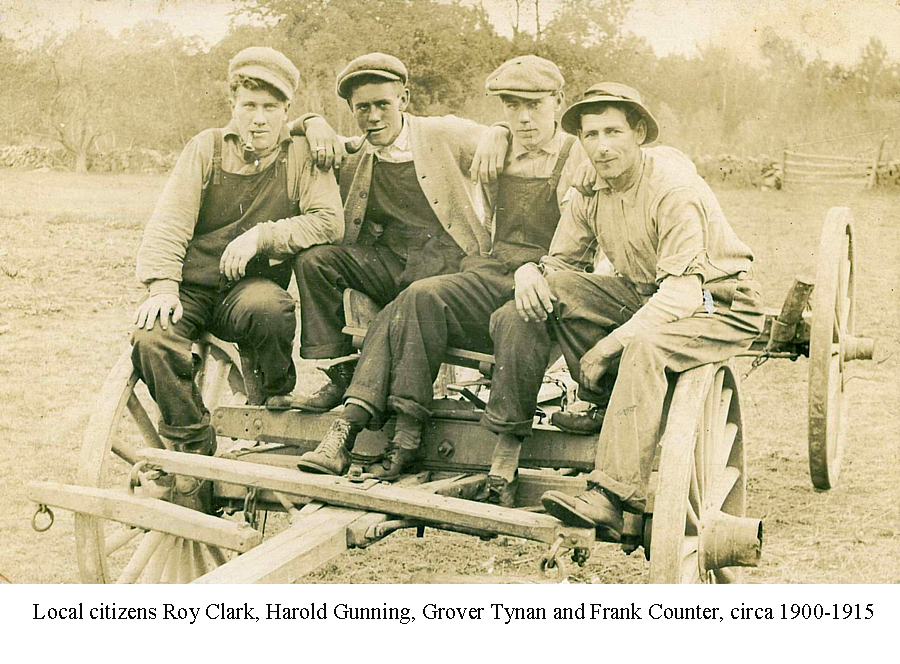 By 1900 farming had diminished and the rubber mill closed, but this was a time for another new beginning for Colchester. The Baron De Hirsch Foundation of New York had discovered that Colchester was an excellent place for the resettlement of European Jewish immigrants. By 1923, there were about 750 children recorded in the school census out of a total town population of 2,100. Since farming was no longer prosperous, many of the immigrants began to supplement their livelihoods by taking on boarders in the summer from nearby sweltering cities, particularly New York City. 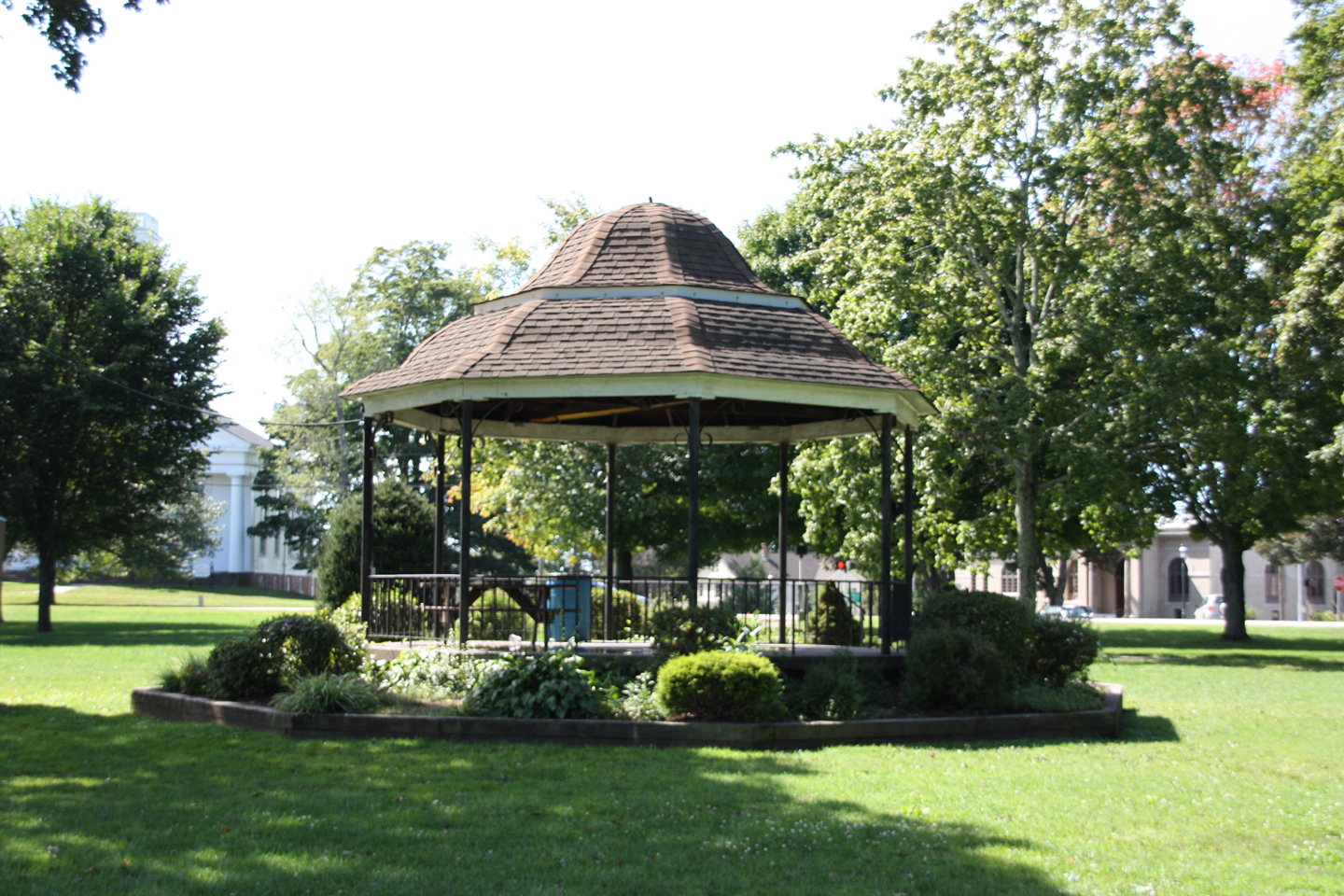 Postwar growth in neighboring towns led to a new era for Colchester. A new generation of suburban dwellers found Colchester to be an excellent “bedroom” community due to an improved highway system and its proximity to Hartford, Middletown and the Norwich/New London areas. During the 1950s the beach traffic brought many through the center of Colchester to frequent their favorite stops including Harry’s, the Colchester Bakery and Levine and Levine Coat Factory. The Route 2 bypass of the town was completed in the 1968, but for those who did not pass through, Colchester’s dedication to the public school system, its diverse population and its quality of life increased its population to 7,761 by 1980. Today, over 300 years after the settling of Colchester, the population has grown to over 16,000.