Bacon Academy, the iconic large yellow building in the center of Colchester, was built in 1801 with funds provided by the estate of Colchester resident Pierpont Bacon. Bacon Academy became known as an exceptional school, drawing noted students from across the country and beyond. In 1842, Bacon Academy began to educate women on the third floor and grammar school children on the lower floors. Still in the original building in 1954, the Academy’s enrollment was 119 students. 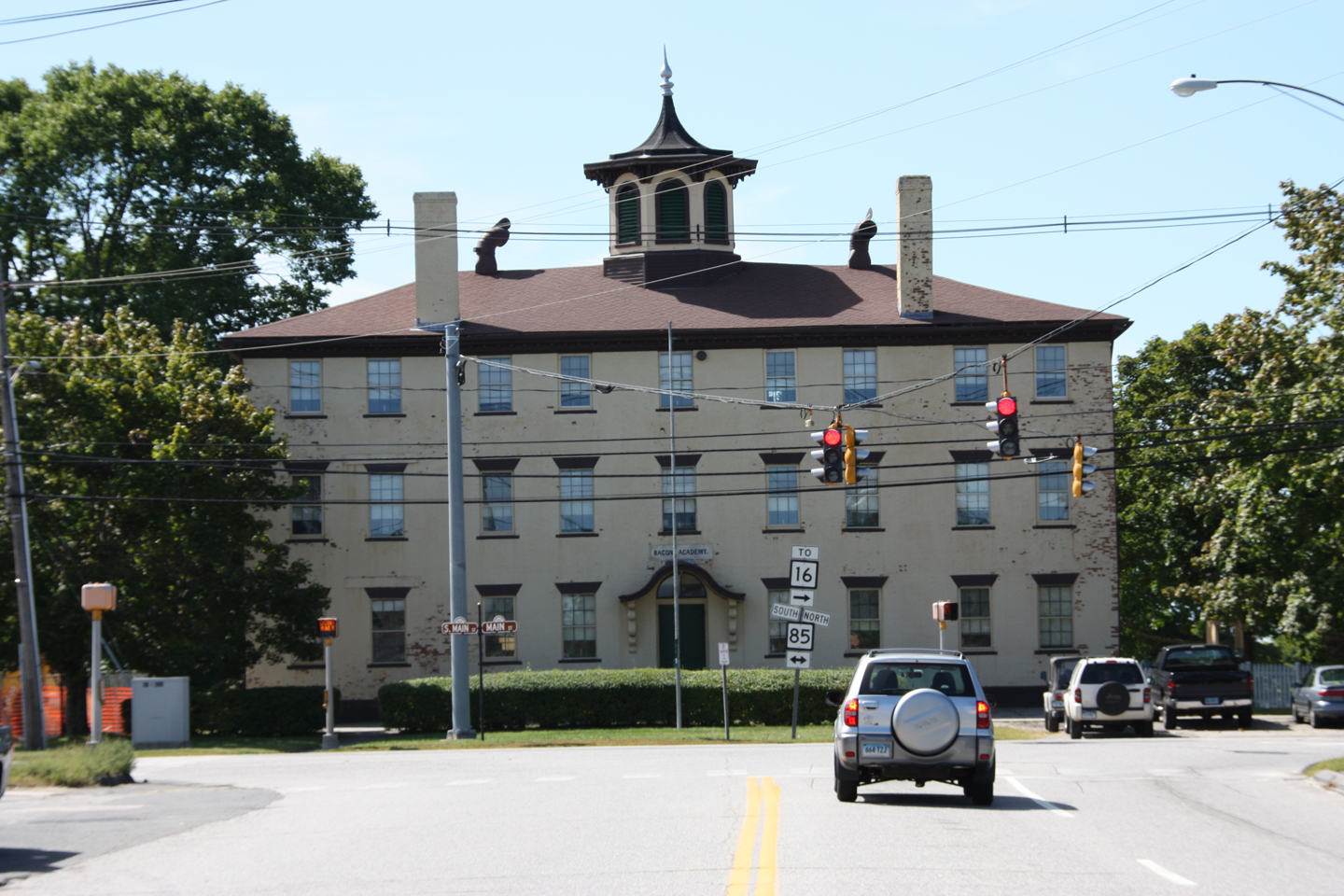 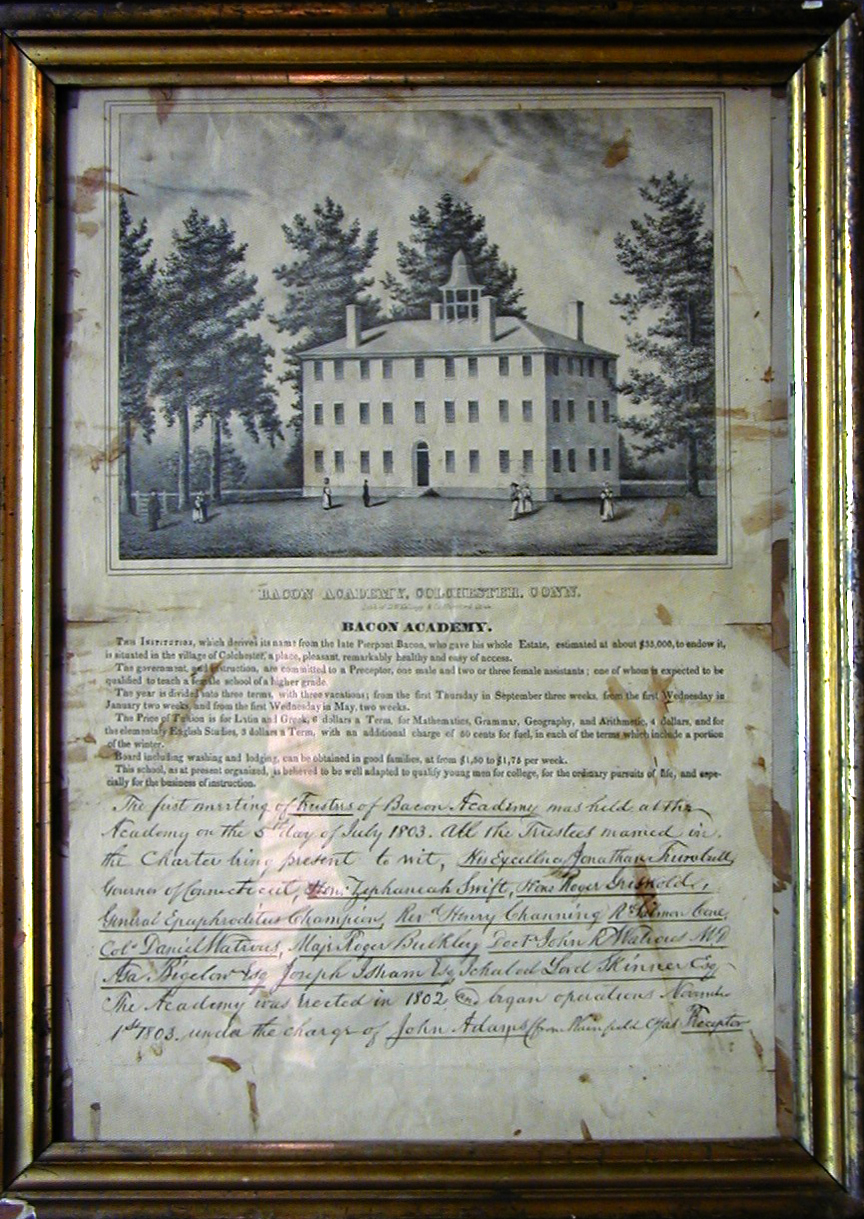 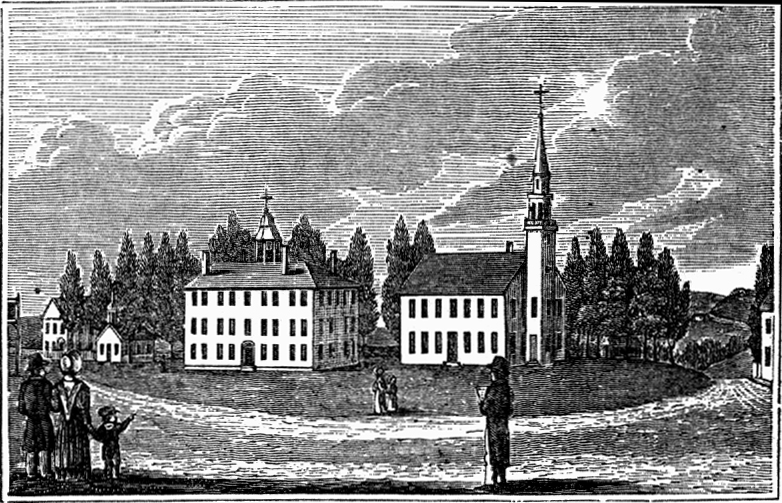 The bylaws of Bacon Academy, adopted in 1803, specify, “Negroes and persons of color shall be provided for in a separate building to be provided by the committee.” This unique school attracted students from beyond the borders of the town of Colchester. For many years, “persons of color” from all over the country came to Colchester to get a quality education. This special school operated independently for 30 years; eventually integrating its students with those at Bacon Academy.