In 1938, meteorological forecasting was underdeveloped and inaccurate, so with little warning, the hurricane slammed into Colchester during September 21st and into the 22nd.  Connecticut was devastated with 5-10 inches of rain followed by sustained winds of 100-125 mph and gusts recorded at up to 160 mph. Preceded by a previous rainstorm, the landscape became saturated leaving the Colchester Town Green resembling a small lake with cascading streams.

At that time, Colchester was abundant with thriving Dutch elm trees, having been planted around 1850.   The ornamental shade trees graced the center of town with their powerful trunks and broad crowns.  Just shy of 100 years old, the trees were now tall and stately, giving Colchester an air of distinction.  However, the root system of Dutch Elms is extensive but shallow.  During the drenching rains throughout the week of September 21st, 1938, the ground became saturated and spongy.  When the hurricane force winds hit, most of these elms, with their shallow root system, simply toppled over.

The falling trees fell upon homes, vehicles, real estate and power lines causing disastrous damage and blackouts.  Captured by unidentified photographers the images featured in this calendar, Colchester’s town center was devastated, roads were blocked, and buildings destroyed. Using axes and handsaws, and with few trucks and fewer town employees, all able-bodied citizens were called into service.  The damage was widespread, and the cleanup took many weeks.  Hitting an area from Long Island to Quebec, the storm became known as the Great New England Hurricane of 1938.

Stanley’s contribution to the preservation of the Town’s history was tremendous. He is missed dearly by those that knew him.

Here is a rare account from our Town’s past official historian, Stanley Moroch. Stanley’s contribution to the preservation of the Town’s history was tremendous. He is missed dearly by those that knew him.

Part 1: The Storms Comes While on a School Bus

Part 2: Trapped on a School Bus

We attribute these photographs to Earl Holmes, who was an avid photographer often capturing events in the center of Colchester.  The legacy of the '38 hurricane had a lasting impact for decades after.
Images of the town after the 1938 hurricane 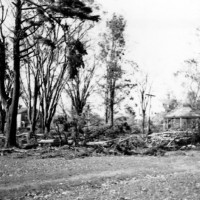 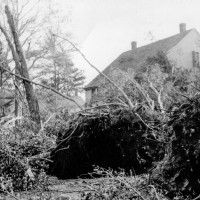 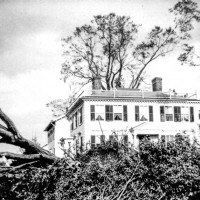 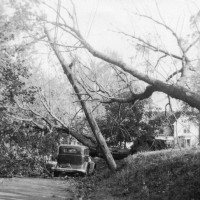 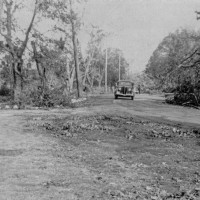 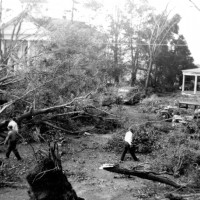 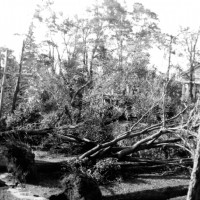 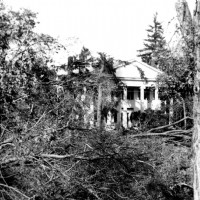 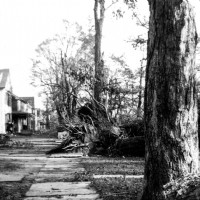 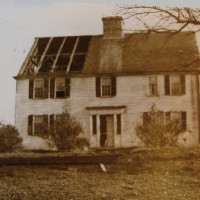