The Creation of Colchester’s Replica School for Colored Children

In 1998, the Town of Colchester, in collaboration with the Colchester Historic District Commission, created the first exhibit to tell the story of the historic School for Colored Children. The first structure was installed in conjunction with the celebration of Town of Colchester's 300th Anniversary celebration. This location was in the center of town between Colchester’s first fire house and a former auto dealership.

Considered a vital part of African American history in the state, the school site was eventually designated as part of Connecticut’s Freedom Trail. Each year Colchester students visit the replica building during the Third Grade Historic Waling Tour, with visits to several heritage locations in the center of town.

Planning the Construction of an Historic Replica

The initial School for Colored Children exhibit was housed in a lawn shed, donated by Carefree Small Buildings of Colchester and furnished with replica benches build by Bacon Academy students.

After 18 years of service, in the summer of 2016, the Town determined that the shed was unsafe and needed to be replaced by an appropriate permanent structure. Upon hearing the news, local historian and philanthropist Arthur Liverant in support of the proposed changes, generously offered the Town of Colchester a replica building as a gift from himself, his wife Gigi, and his sisters and spouses, Linda (Liverant) and Donald Barger and Abby (Liverant) and Richard Gerrity.

On October 17, 2016, Mr. Liverant shared a brief history of the school before the Town of Colchester's  Historic District Commission offering detailed plans demonstrating how an appropriate replica schoolhouse, similar to schools of the early 19th century, would enhance both the historical relevance of the site and the center of town.

“This is a great story,” said Mr. Liverant. “Our ancestors deserve a lot of recognition for building this school.” He added, “My family has roots in Colchester going back a century, and my sisters and I feel it is important to support Colchester’s history. We hope that during this process we might uncover the answer to more questions, such as who were the students, and what made Colchester so forward-thinking during this time in our nation’s history?”

He was unanimously granted application HDC#16-003 and given a Certificate of Appropriateness to replace the shed with a replica of the historic  school.

While the original plans are lost to time, Mr. Liverant selected as his prototype the Gull School in Hebron, which was built in 1790. “Schoolhouses didn’t change much in style, and the Gull School was just on the Hebron side of the Colchester-Hebron Town Line,” Mr. Liverant continued. “So it’s the perfect time and location. We can feel assured that this model properly represents a local school from this time in history.”

Mr. Liverant hired Lebanon heritage builder, Bill Treiss, owner of Lost Art Joinery, to construct the school. Once completed, the replacement school would be gifted to the Town to bring to light the history of Colchester's School for Colored Children as part of the Connecticut Freedom Trail.

Photos in this section have been supplied by:
Bill Treiss, Owner of Lost Art Joinery
Email: lostartjoinery@gmail.com

Beginning in November 2016, the framing pieces were cut off site to expedite the on-site production. Native pine and oak from local lumber mills were cut and labeled.

In late November the Town of Colchester removed the former schoolhouse and cleared the site. The shed/former schoolhouse was moved to the Police Department for storage. The artifacts and other materials were stored by the Historic District Commission for later use.

Week of December 26: The new site was cleared, graded and stones laid for the school sills 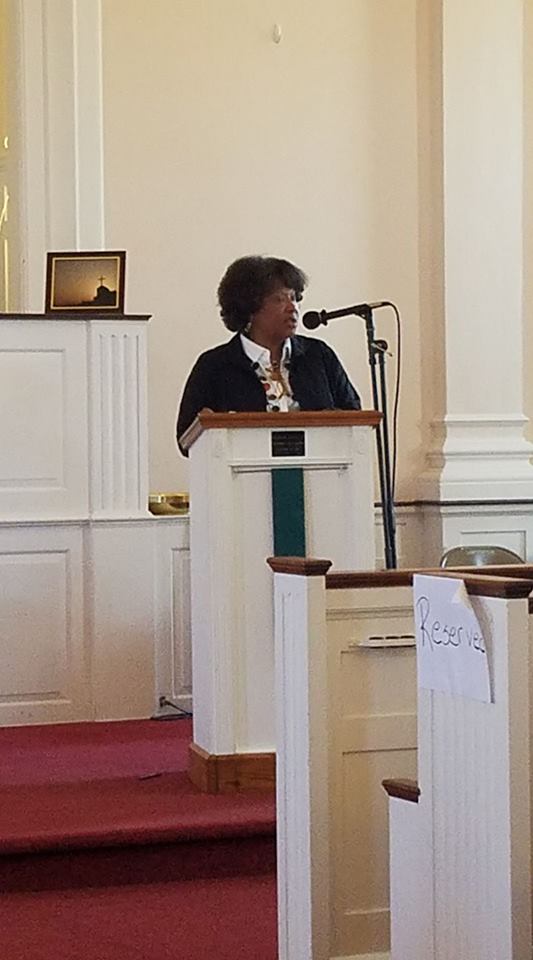 On September 15, 2016, the  completed replica School for Colored Children was dedication ceremony was hosted by the Town of Colchester Historic District Commission in partnership with the Colchester Historical Society and the Colchester Federated Church. Beverly Morgan-Welch, former resident of Colchester and current Associate Director for External Affairs for the National Museum of African American History and Culture at the Smithsonian Institution was the keynote speaker.